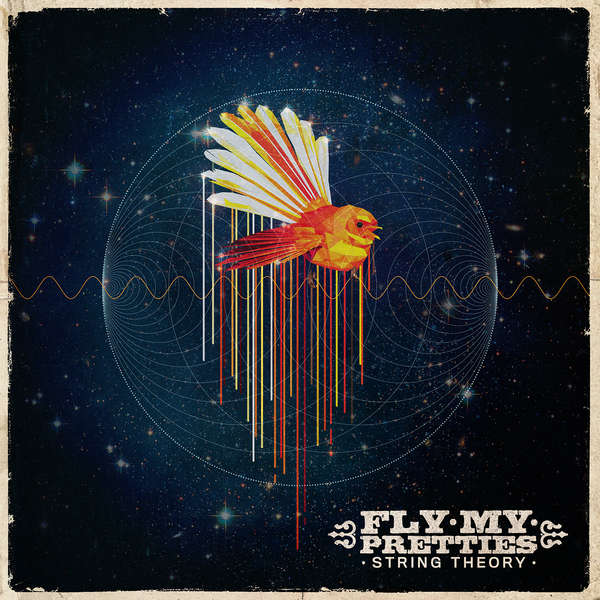 ALL LINKS TO STREAM/PURCHASE

Recorded live at Auckland’s Mercury Theatre and Wellington’s Paramount Theatre across nine sold-out shows, String Theory examines who we are, and our place in the universe through musical storytelling.

String Theory represents an expansion on the traditional Fly My Pretties sound. While the folk and singer-songwriter elements remain, the concept opened the door for a new range of sounds – spacey vocals and pulsating synths – again brought to life by a cast which features some of NZ’s most talented musicians.

Early demos of the songs were presented for the first time in a group writing day at Wellington’s Surgery Studio, just over a month out from the shows. 18 new songs were then refined and polished across four days at Auckland’s Lot23, and performed 4 times in Auckland, and 5 times in Wellington. The album presents the best takes from 9 shows, and some truly special moments of collaborative magic.

Each track on the album is accompanied by a video. The visual show was a living, breathing organism, with a server brain linked directly to each strain of music. The result was completely unique each night, and each video captures these uniquely stunning visuals.

String Theory represents the next step in the journey of FMP, and shows an act which is still as innovative as they were at their inception.

A full digital booklet with lyrics comes with downloads on iTunes and Bandcamp.