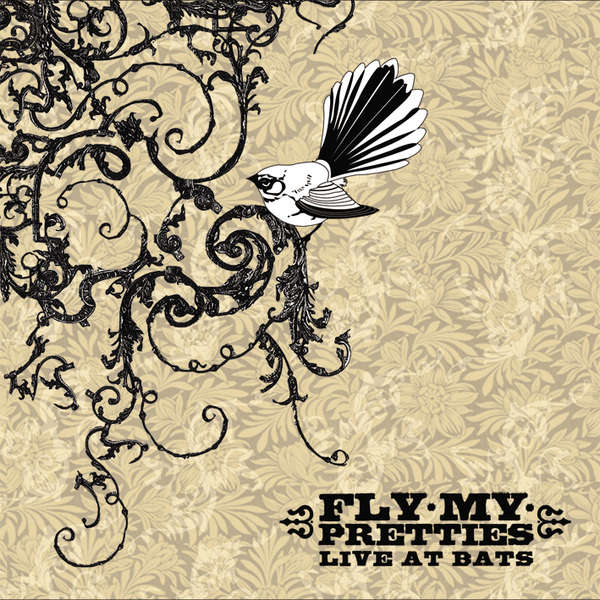 Fly My Pretties first entered hearts and minds in 2004, with the idea from The Black Seeds’ front-man Barnaby Weir and co-conspirator Mikee Tucker, to assemble a talented and exciting group of Wellington-based musicians for a ‘one-off’ project. The objective: To meet, exchange ideas, and then perform and record the results in front of a live audience. The result was the first Fly My Pretties offering, Live At Bats.

With the role as the creative leader, Barnaby Weir assembled the musicians and directed the show, while spreading the writing responsibilities across the ensemble. Fly My Pretties sees a wonderful range of musical influences converge in writing and performance to create something altogether unique and special.

Fly My Pretties created an atmosphere especially for the theatre, and performed their first season at Wellington’s BATS Theatre over five nights.

Live at Bats represents the best takes from the sell-out recording sessions, and have been un-altered so that the listener gets the chance to re-live the magic of the performances.

"... the all star line up straddles dub, soul, funk, rock country and pop seamlessly, bound by relentless and infectious heart... making this album a must get for fans of Aotearoa's finest" - Real Groove

Singing In My Soul