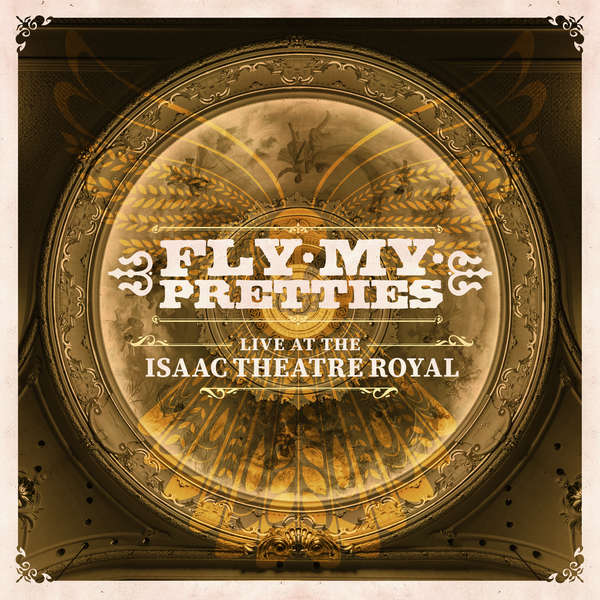 On February 12, 2016, Fly My Pretties played the Isaac Theatre Royal in Christchurch for the second year in a row. Again, Christchurch came to the party and again, Fly My Pretties delivered a truly memorable show. We were lucky enough to get blessings from a few of the artists involved (very hard to nail a song with one rehersal and 1 show!) to create this EP, and Live at the Isaac Theatre Royal celebrates both this beautiful theatre and NZ creativity.

“The theatre was humming, the audience dancing and the smiles on everyone’s faces substantiated EVERY reason why we rebuilt this beautiful historic theatre.” - Neil Cox, Chief Executive, Isaac Theatre Royal.

The 5-track EP features a new and improved version of ‘Bag Of Money’, the first new recording of the track since 2004’s Live At Bats, and an epic new version of ‘Old Friend’ featuring Holly Arrowsmith, Shaun Blackwell and Kara Gordon. Holly Arrowsmith’s ‘Love Will Be A River’ and Bailey Wiley’s ‘Take It From Me’ both feature, with both given the full FMP treatment. The EP finishes with an incredible Stevie Wonder-inspired jam version of Tiki Taane’s ‘Always On My Mind’, one of New Zealand’s highest selling singles of all time, and it’s first ever performance with a full band (a 16-piece band at that)!

The EP is accompanied by a live music video for each track, capturing the amazing live performance at the amazing Isaac Theatre Royal. Check out all the videos HERE.

Take It From Me

Love Will Be A River

Always On My Mind